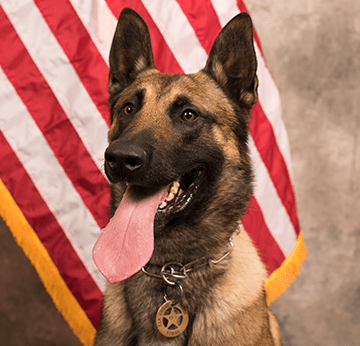 During his time away from work, K9 Roman enjoys playing at the park with his family, sleeping and begging for food at the dinner table.