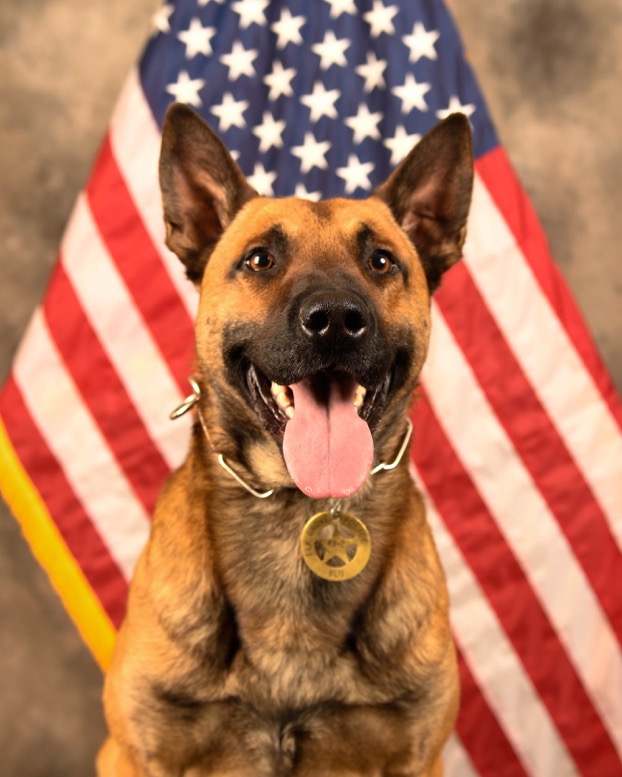 Officer Jason Miller began his career in law enforcement when he was hired by the Sacramento County Sheriff’s Department, in September of 2004, as an On-Call Deputy. Officer Miller was assigned to the Main Jail Division. In January of 2005, Officer Miller was hired as a full time Deputy Sheriff and remained at the Main Jail where he became a member of the CERT team and worked on the maximum security floor. During the summer of 2005, Officer Miller completed his patrol training and returned to the Main Jail to await his rotation to patrol.
In May of 2006, Officer Miller was hired by the Elk Grove Police Department. During his tenure at the Elk Grove Police Department Officer Miller has held many assignments, which include Patrol, Problem Oriented Policing Unit (POP), SWAT Operator, Field Training Officer, Chemical Agent Instructor, and Advanced Officer Training Instructor. Officer Miller began his assignment as a canine handler in October of 2014 with his first partner, K9 Exo. K9 Exo was a Belgian Malinois who was raised by a local trainer in Roseville, California. K9 Exo later went on to work for the Yuba County Sheriff’s Office.
In August of 2016, Officer Miller began training his second and current partner, K9 Blu. K9 Blu is a Belgian Malinois who was born and raised in the Netherlands. K9 Blu received basic training in obedience, protection and searching while being raised in the Netherlands. K9 Blu was raised from the very beginning of his life to be police canine and was eventually flown to America to begin his career in law enforcement. Officer Miller and K9 Blu POST certified for patrol operations in September of 2016 and hit the streets together in October of 2016.
Blu has adapted to his new life in America and loves his home life. Blu enjoys going on family walks, hikes, trips to the lake and playing with his brother Maximus (American Bulldog).