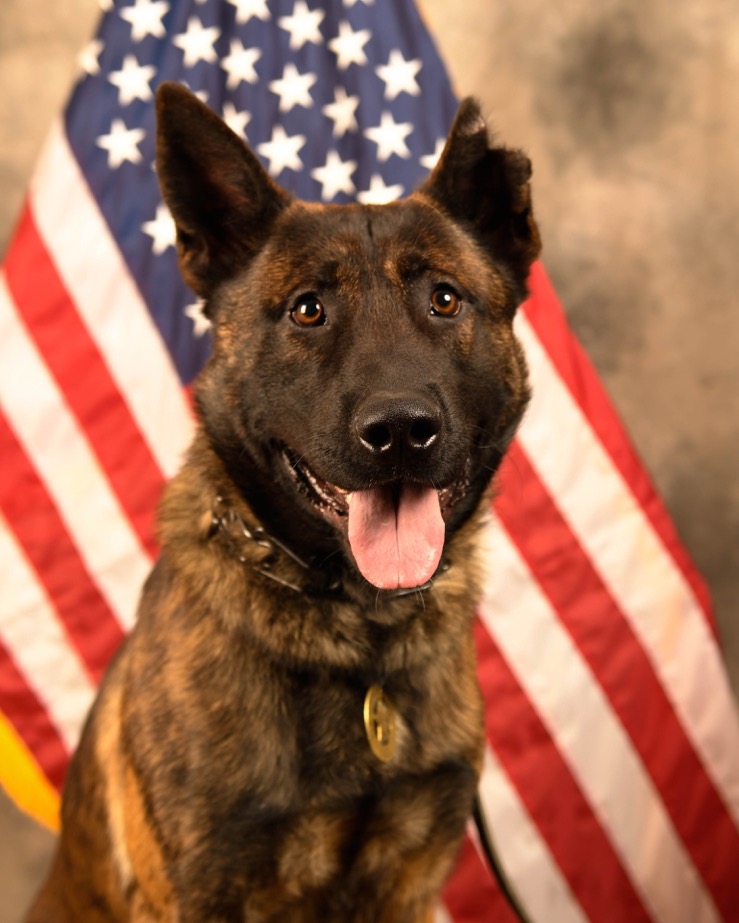 Officer Villarreal began his career with the Sacramento County Sheriff’s Department in 1998 as a Deputy Sheriff. Officer Villarreal has worked with the Elk Grove Police Department since March 2006. He joined six other K-9 handlers to form the Elk Grove Police Department’s first K9 Unit. Officer Villarreal was also a founding member of the Elk Grove Police Department S.W.A.T. team. Officer Villarreal and his first K9 partner “Tjarbo” (pronounced Tar-Bo) began working together in April of 2006 and Tjarbo has since retired. During Tjarbo’s career he was successful with apprehending dozens of dangerous criminals and was deployed with the S.W.A.T team on several missions. After leaving the K9 Unit in 2013, Officer Villarreal became a sniper with the S.W.A.T. team; however he never lost his passion for working as a K9 handler. He returned to the K9 unit and picked his new partner, K9 Alex, in May 2016. K9 Alex came from the Czech Republic and had very minimal training. Officer Villarreal and Alex began training and had an immediate bond.Alex quickly learned basic obedience and how to search for suspects. You will often see Alex with a squeaky toy in his mouth. The squeaky toy is the only toy Alex has not destroyed and he is very careful with it. Officer Villarreal refers to Alex’s squeaky toy as his “baby” since Alex takes special care of it. Contrary to popular belief that most dogs can swim, K9 Alex could not. Officer Villarreal worked with K9 Alex in his pool and helped Alex learn to swim. On hot days K9 Alex now enjoys getting into the pool and swimming and chasing his “baby” in the pool. It did not take long for K9 Alex to start serving the citizens of Elk Grove. His second week on patrol, K9 Alex helped officers apprehend an attempted carjacking suspect, displaying the highest importance of the police K9. K9 Alex is courageous and will gladly do whatever it takes to help protect officers and citizens of Elk Grove.
We use cookies on our website to give you the most relevant experience by remembering your preferences and repeat visits. By clicking “Accept All”, you consent to the use of ALL the cookies. However, you may visit "Cookie Settings" to provide a controlled consent.
Cookie SettingsAccept All
Manage consent